It is with profound sadness that the firm announces the death of one of its founding partners, Jacob A. Stein.  “Jake” died peacefully at home on April 3, 2019, surrounded by his devoted and loving family.  He was 94 years old.

Jake was a native Washingtonian and proud of it.  He was born on March 15, 1925 to Joseph B. Stein and Eva Stein.  Jake attended what is now known as Cardozo High School.  He was admitted to the practice of law in 1948, after graduating from George Washington University Law School.  Once admitted to the bar, Jake embraced the practice of law with an intense, all-consuming, quiet but relentless passion; and he did it with style and grace.

Not only did Jake become a trial lawyer extraordinaire in the D.C. Bar, by obtaining the only not-guilty verdict for his client during the famous Watergate trials, but Judge John Sirica, who presided over the three-month trial, called Jake “one of the finest attorneys in Washington,” according to the Associated Press.  This comment was confirmed when Jake was inducted into the prestigious American College of Trial Lawyers in 1973.  In 1984, Jake was named by a three-judge panel as independent counsel to investigate Edwin Meese for his failure to include on his financial disclosure a loan obtained by his wife.  Mr. Meese was eventually named to the post of Attorney General of the United States Department of Justice by President Reagan upon the completion of Jake’s investigation.  In another high-profile case, along with Plato Cacheris, the dynamic duo successfully represented Monica Lewinsky to a favorable outcome for their client.

But the arena of the courtroom and white-collar criminal investigations were not the only domains where Jake excelled.  He was an exceptional teacher and scholar.  He taught law students at Harvard, American University, Georgetown and George Washington.  His numerous books and treatises can be found in law school libraries and on the shelves of law firms and judges all over the country.  He authored the D.C. Trial Handbook and the Maryland Trial Handbook that are must-have research tools for every trial lawyer in the District of Columbia and Maryland.  Jake was also well known for his monthly contribution of the “Legal Spectator” in the D.C. Bar Journal.  The “Legal Spectator” was a monthly article that always appeared on the last page of the journal; but it was the article that most lawyers read first.

A modern renaissance man, Jake’s interests were as multi-faceted as sunsets over the Grand Canyon.  Jake was one of the few attorneys who became president of both the Bar Association of the District of Columbia and the D.C. Bar.  He wore tailor made double-breasted suits from London that were always impeccably accented with a bow tie.  Although he was an accomplished portrait painter, Jake still found time to train for and run the Marine Corps Marathon when he was 59.  If that wasn’t enough, he was also an adept three-pin juggler.  There is a picture of Jake juggling three bowling pins outside the Federal Court house, a Jake Stein way of celebrating one of his many victories.  He was very generous with his time and gave back to the legal community more than he received.  Jake was the go-to lawyer when lawyers needed advice or professional help with their own legal problems.  Jake was truly a lawyer’s lawyer and saved the careers of many prominent lawyers and politicians.

If one did not get the opportunity to know Jake in the courtroom, class room or through bar activities, one could get an excellent peek at and appreciation of his many talents through his monthly column, “Legal Spectator.”  The “Legal Spectator” entertained lawyers for decades with stories about heroes of the law in a classic writing style.  Sometimes the articles were serious, like the tribute to the late Charles Ruff.  Sometimes the articles were humorous, like the one about “Continuances” and how “pleasure is derived from continuing cases just before trial.”  Whether serious or humorous, the articles were always entertaining and prompted many conversations among those in the legal community.

This quiet, dignified, modest, intellectually gifted and very good man will be deeply missed by the entire firm.  Jake is survived by his devoted daughter Julie and son Joseph.  He will live forever in their hearts as well as the memories of his many friends and colleagues, not only at the firm but throughout the legal community.  Jake was predeceased by his lovely wife, Mary, who died on July 25, 2018. 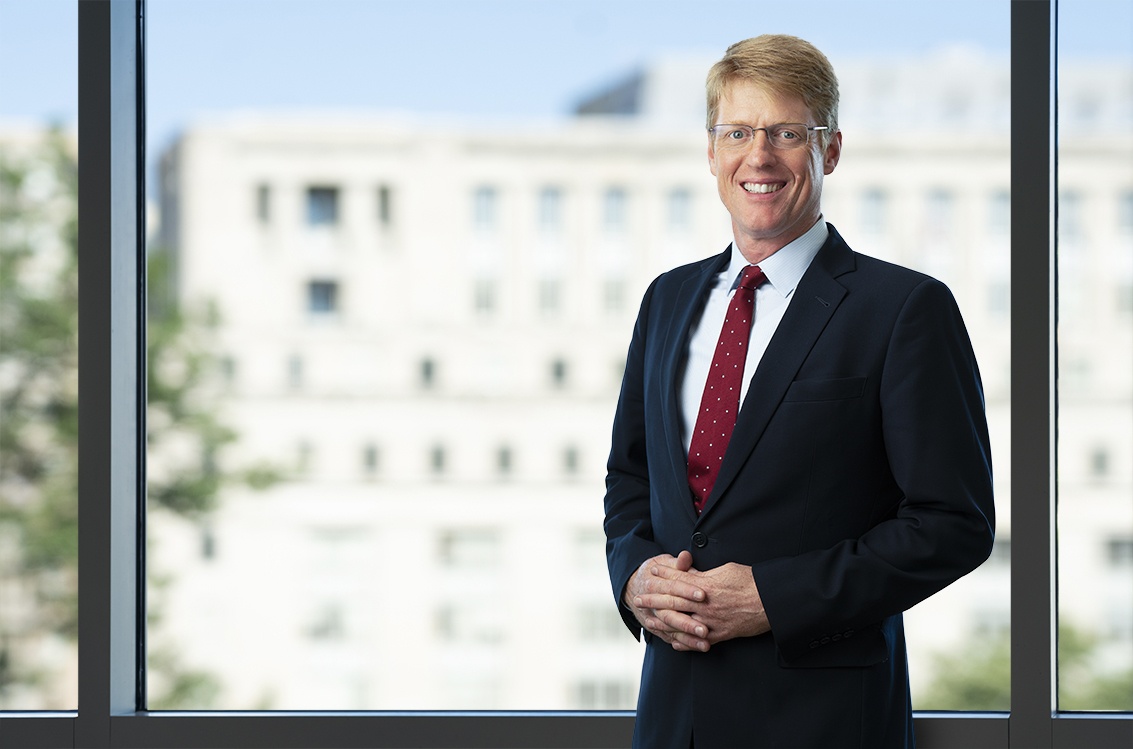