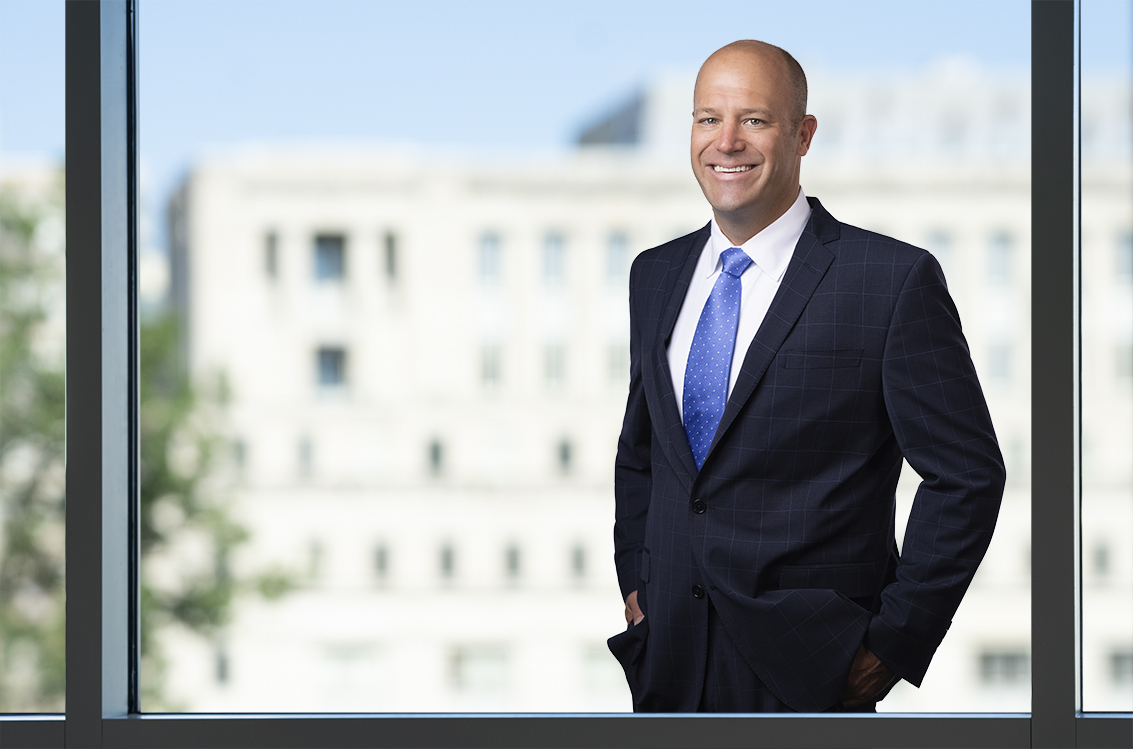 Jeff Beelaert is a partner at Stein Mitchell with a distinguished background of public service and extensive experience with trial and appellate litigation.  Jeff zealously represents clients in difficult situations.  As lead counsel, Jeff has achieved success for clients in high-stakes, complex cases at every level of state and federal courts, including the United States Supreme Court.

Recently, Jeff filed a brief on behalf of 91 Members of Congress in West Virginia v. EPA, an important case concerning the EPA’s regulation of greenhouse gas emissions under the Clean Air Act.  And in another case, Ruan v. United States, Jeff authored a brief on behalf of the National Association of Criminal Defense Lawyers.

Jeff speaks German and enjoys open-water swimming.  Before beginning his legal career, Jeff served as a combat engineer officer in the United States Marine Corps.  He deployed several times, including to Iraq and Liberia.

Before joining Stein Mitchell Beato & Missner LLP, Jeff served as an appellate attorney in the Environment and Natural Resources Division at the Department of Justice.  He primarily defended actions by federal agencies, including—